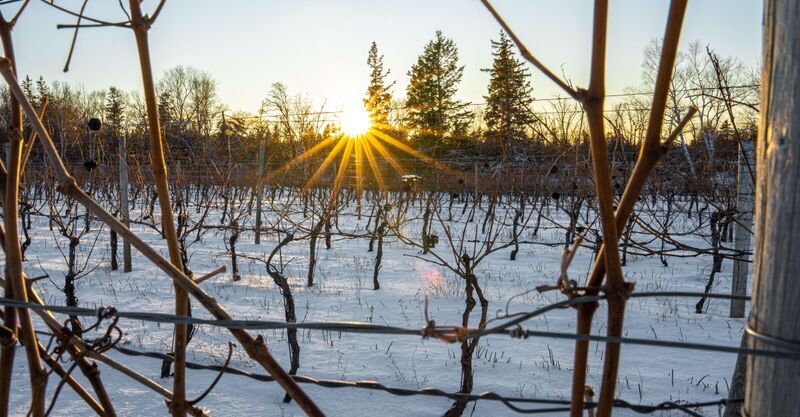 Our winery boutique is open for 2022

Winter is here and it's a delightful time to visit our winery and stroll through the vineyards. Come enjoy our wide open spaces, the safest amenities and easy shopping. Our 2022 winter hours at Jost Vineyards are 10am to 5pm, Monday through…Read more > 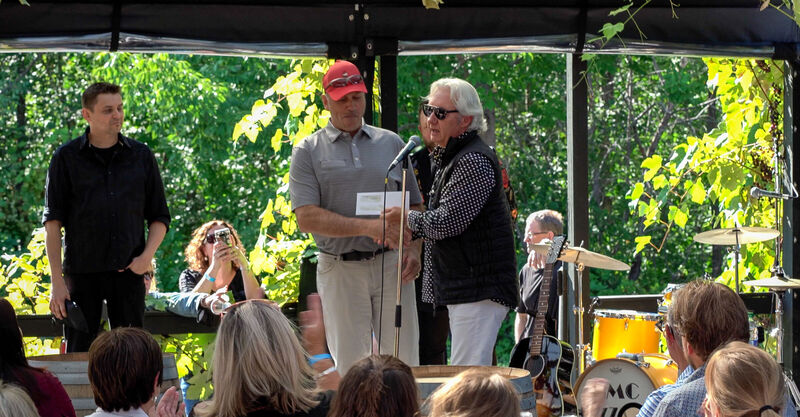 A sincere thank you goes out to everyone who contributed towards the success of our Harvest for Health concert! Thanks to you we were able to present the Cape Breton Regional Health Foundation with a cheque for $10,000 to help with their fight…Read more > 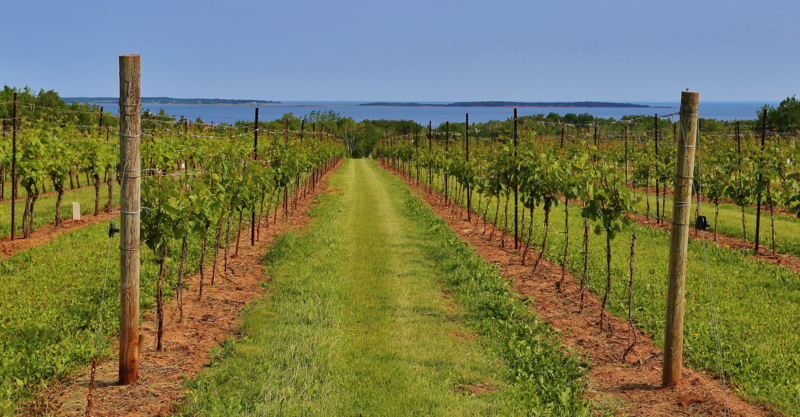 Terroir is defined as the total growing environment a grape vine is exposed to in conditions of all seasons of the year. Terroir includes: sun exposure, soil type, soil drainage, weather patterns, climate, slope of vineyard, frost exposure, proximity to bodies of water, etc.

Nova Scotia, as in the case of all grape growing regions, has its own unique terroir.

Nova Scotia as a Wine Region

Wine production across the world is constantly evolving as it is influenced by a multitude of factors amongst these are both consumer trends and climate – two factors which may well catapult Nova Scotia into the limelight in the next 75 yrs. of the 21st century.

Given its relatively small size, as almost an island off the Atlantic coast of Canada, its potential as a wine producing area has been largely overlooked as other areas of Canada have been more influenced by the proximity of Americas newer wine producing areas (New York and Washington State) However, if one looks at world grape growing areas, considered according to latitude. It becomes apparent that Nova Scotia lies in the that band ( 30-50 degrees latitude North) which groups all the major European wine producing areas  and curiously lies exactly half way between the equator and the north pole on the longitude line.

As climate change becomes more erratic with global warming – the Jet stream (which has major influence over the north American climate) is being seen to change its patterns of influence. This effect coupled with the substantial change which 1-2 degree Celsius makes in the Atlantic Ocean, will significantly affect seasonality and growing conditions for vineyards in Canada. In addition it is theorized that based on the findings of 17 worldwide grape growing climate models there will be a decrease in Viticulture suitability of 25-73% in current traditional temperate areas

Nova Scotia as a virtual island finds itself in a unique reality. As the most westward frontier of Canada on the Atlantic Maritime Seaboard –its geological origins and its relationship with its coastal environment define it.  Born out of the continental drifts some 180 million years ago and shaped by the various ice ages and thaws over the eons - this history is evident in its fascinating and varied soils which link it to places as far away as Northern Europe (France and Belgium), Spain, England and Iceland – all once part of the same landmass.

Nova Scotia is defined as a cool growing climate where the tempering influence of the surrounding oceans mitigate day time high temperatures and encourage cooler night time temperatures along its 7,579 km of coastline  - with no point in Nova Scotia being further than 56 km from the ocean. Rainfall is plentiful (1,178 ml/year and thus avoids the need for artificial irrigation common to so many hotter growing climates (Australia, California, Chile).

Advances in climate analysis regarding such critical parameters for grape growing such as temperature, frost levels and sun radiation now provide and pinpoint the possibilities for new grape growing areas in Nova Scotia. Combining this with advances in Grapevine selection and growing techniques is creating an exciting opportunity for Nova Scotia to be a preeminent Atlantic coastal grape growing and winemaking region.

Devonian Coast Wineries as the Province of Nova Scotia’s largest vineyard-based wine producer fully reflects the multiple dimensions of all the components which make up grape growing in its Counties. Comprised of three vineyard winery estates – each displays the unique characteristics of terroir which the property imparts on growing conditions, grape characteristics and ultimately wine expression.

Jost Vineyards: On the NE side of Nova Scotia facing Prince Edward Island on the Northumberland shore. An area influenced by the warm weather and strong tidal movement of the Cumberland Strait. Soils are predominately calcareous glacial till with overburden from the Carboniferous Cumberland Group of low lying stratified sandstone and siltstone.

Gaspereau Vineyards: Situated in the heart of the Gaspereau Valley – a relatively narrow valley with the Gaspereau River running through its valley floor North East to the New Minas Basin. Soils are gravel rich glacial till derived from the Carboniferous Horton Group which is comprised of mixes of Sandstone, conglomerate and shale.

Mercator Vineyards: Situated on the tidal headlands of the New Minas Basin facing the prominent sandstone cliffs of Point Blomidon – this is an area which is indivisible from the effect of full tidal effects of the Bay of Fundy. Soils are glacial till with parent source being the Triassic Wolfville Formation which is predominantly red sandstone with some conglomerate.